We think in terms of solutions. It is our belief that the law is there to help you – so that you can make well-informed agreements, prevent problems and, if necessary, seek recourse to the courts. We’re lawyers. Specialized in employment matters.

We are experts; we have many years of experience and we provide customised services at the highest possible level. We believe in a personal approach: we know our clients and the branches of industry in which they work. We do not fight shy of litigating, but with our approach we generally are able to avoid it.

We make clear agreements in advance with respect to costs, and alternative fee agreements, such as a fixed fee or success fee, are open to discussion.

Employment law has many aspects. The following are a number of areas of the law that we handle in our practice: 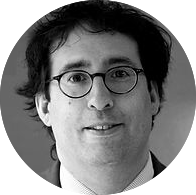 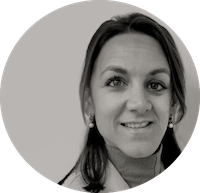 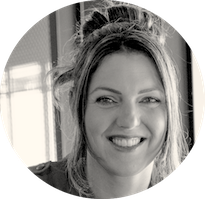 Ralph Jan studied Dutch law as well as Culture, Organization & Management at the ‘Vrije Universiteit’ (VU) in Amsterdam and completed this in 2001. He started at a renowned Amsterdam law firm that later developed into a large international firm. In 2011 the niche employment law firm ‘Sterc advocaten’ was founded.

He is an editor at the professional journal for employment law RAR and is a lecturer in practical training courses on reorganization and takeover, the social plan, the settlement agreement, employee participation law and flexible employment relationships. Ralph Jan is co-author of the book ‘Social Plan in Practice’, a handbook for responsible reorganization. Ralph Jan is a member of the Dutch Employment Lawyers Association (VAAN), the Corporate Litigation Association and the Health Law Association.

1.
Sterc lawyers is a private limited company that also does business as ‘Sterc employment lawyers’ (Sterc arbeidsrecht advocaten), to be referred to below as ‘Sterc’. Sterc’ object is to conduct a law practice, in the broadest sense of the term. Sterc has its registered office in Amsterdam, the Netherlands, and is registered in the Trade Register of the Chamber of Commerce of Amsterdam under number 57870349. The names of the partners will be provided upon request in writing.

2.
These General Terms and Conditions govern all assignments, including supplementary and/or follow-up assignments, that are given to Sterc, its partners or its employees. The applicability of any other general terms and conditions is explicitly excluded.

3.
All assignments are deemed to be given to and accepted by Sterc, to the exclusion of the provisions contained in Articles 7:404 and 7:407(2) of the Dutch Civil Code (Burgerlijk Wetboek), even if an assignment is explicitly or tacitly given with the intention of having it carried out by a particular person.

4.
The assignments that have been granted will be carried out exclusively for the benefit of the principal (i.e. the client). Third parties cannot derive any rights from the work performed or from its results.

5.
Any liability on the part of Sterc is limited to the amount that is paid out in respect of the matter in question by Sterc’ professional liability insurance, plus the amount of the insurance excess that applies under the professional liability insurance policy. Information with respect to the policy conditions will be provided upon request in writing. If and insofar as no benefits are paid out under that insurance policy for any reason whatsoever, the liability will be limited to the fee charged in connection with carrying out the assignment in question, subject to a maximum of EUR 10,000. Any and all claims brought against Sterc by principals or by third parties will lapse after a term of one year has passed since the client or the third party became aware, or reasonably could have become aware, of the existence of the claims in question.

6.
Sterc is entitled to engage third parties when carrying out an assignment; Sterc will exercise all due care when doing so. Sterc will consult with the client in advance to every extent reasonably possible regarding the engagement of such third parties. Any and all liability on the part of Sterc for any breach committed by third parties that have been engaged is excluded. Insofar as third parties limit their liability for professional errors Sterc will be entitled to accept such a limitation of liability, also on behalf of the client.

7.
In addition to Sterc, any and all persons who are engaged in connection with carrying out any assignment will be entitled to invoke these General Terms and Conditions, regardless of whether they still work for Sterc.

8.
The client indemnifies Sterc against any and all claims brought by third parties and will reimburse Sterc for any and all costs that are reasonably incurred in connection with putting forward a defence against such claims.

9.
Sterc will be entitled to request the client to pay a retainer, in consultation with the client. The work to be performed for the principal will commence after the retainer has been received. The amount of the retainer will depend on the specific circumstances underlying the assignment and will be deducted from in the final fee statement.

Complaint
Any written notification of dissatisfaction from or on behalf of a client in respect of the lawyer or persons working under the lawyer’s responsibility with regard to the conclusion and the performance of a commission contract, the quality of the services provided or the amount of the fee statement, other than a complaint within the meaning of section 4 of the Dutch Counsel Act (Advocatenwet).

Complainant
The client or his or her representative who gives notice of a complaint.

Complaints officer
The lawyer who is charged with handling the complaint.

3. Objective
These Dispute Resolution Rules are intended to: a. lay down a procedure in order to handle any clients’ complaints within a reasonable term and in a constructive manner; b. lay down a procedure to determine the cause of any clients’ complaints; c. maintain and improve existing relations by handling complaints properly; d. train employees to respond to complaints in a manner that focuses on the client; and e. improve the quality of the services provided with the help of complaint handling and complaint analysis.

4. Information when the provision of services commences
These Dispute Resolution Rules have been made public. Before the commission contract is entered into, the lawyer will refer the client to the applicable general terms and conditions, including the Dispute Resolution Rules that Sterc applies and the applicability of those rules in respect of the services provided.

5. Complaints handling procedure
a. In the event that a client contacts the firm with a complaint, the complaint will be forwarded to the complaints officer whom Sterc has designated at that time.

c. The person about whom the complaint has been submitted will attempt to come to a solution with the client, if necessary with the intermediation of the complaints officer.

d. The complaints officer will handle the complaint within four weeks after the complaint was received or will inform the complainant of any derogation from that term, stating the reasons for the delay and the term within which a decision will be rendered with respect to the complaint.

e. The complaints officer will notify the complainant and the person about whom the complaint has been submitted in writing of the determination whether or not the complaint is well-founded, possibly together with recommendations.

g. Complaints that have not been resolved after they have been handled in the foregoing manner will be submitted to the Dutch Disputes Committee for the Legal Profession (Geschillencommissie Advocatuur), with due observance of the rules and regulations that that committee applies.

The information on this website is intended for general use only and does not in any way constitute (legal) advice. Although Sterc employment lawyers makes every effort to display such a complete and correct website as possible, the website may contain inaccuracies. Sterc employment law advocaten is not liable or cannot be held liable for any inaccuracies.

Sterc employment law advocaten respects the privacy of all visitors to this website. Personal data that may be left via this website will only be used to fulfill your request. These data are not used for other purposes.

An e-mail message with any attachments from Sterc employment lawyers is exclusively intended for the addressee (s) and contains (s) possible confidential information. If you are not the addressee of the e-mail in question, we ask you to inform the sender of the e-mail immediately, not to take note of the content, not to disclose it to third parties or to disclose this e-mail and delete the e-mail from your systems.